Naoufal LAHLOU, CEO of PROMAMEC. He intends to make PROMAMEC a major player in health in Morocco 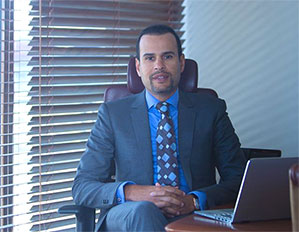 He wants to make PROMAMEC a major player in health in Morocco. A holder of a French high school diploma in math science, his interpersonal skills led him to choose a business school.

It is not always easy to take over the reins of a family business, especially when the company is already well established and the father’s name is a reference in the sector. However, some manage to get rid of the image of “the boss’ son who climbed straight to the top of the company” and stand out by their work and merit. Naoufal LAHLOU is one of those. At 27, he became the CEO of PROMAMEC, specialized in the distribution of medical and paramedical equipment, not without having been previously passed by several departments.

Born in Casablanca in 1979, Naoufal is the eldest of the family. He continued a normal education and graduated in 1997 with a bachelor's degree in mathematical sciences. A choice made naturally because of the ease he had with numbers, but also because this specialty opened all doors for him. Indeed, he did not see himself making a career as an engineer, so he chose to continue his studies at a business school as business is the area where he always felt at his best.

“Doing engineering did not tempt me because I liked more human contact and I saw myself better in a position where I could make use of my business sense” he says. When he was much younger, Naoufal used to sell marbles to his classmates and once he won, he sold it to them again.. As soon as he got his baccalaureat degree, Naoufal flew to France to join the preparatory classes at HEC, then he joined the Bordeaux Business School in 1999 for industrial management studies. A three-year course during which he will immerse himself in managerial practices but also knowledge in logistics and purchasing. He will also take a gap year to join VALEO Group to put this knowledge into practice. This year, he will come out comforted in his career’s choice.

His first challenge was to reorganize the “Public market” department

After graduation, he joined SOCIETE GENERALE Company where he was assigned to the purchasing and logistics department for a little over 6 months. His work in France does not prevent him from coming to Morocco from time to time to discuss with his father the evolution of the company’s business sector. Moreover, unlike the traditional pattern, the father wants his son to stay in France to develop his skills. "Given the recent regulatory changes that took place in the health sector in the late 1990s, my father did not see many opportunities for the activity development," said Naoufal LAHLOU.

However, these regulatory changes that first gave the impression of complicating things for several companies ended up being beneficial for those which were organized and structured. As a result, the sector has recovered and only those companies which wanted to invest in the sector and continue to operate have been able to maintain their place. “We have also seen health budgets increase year by year which led us to see great development opportunities for the future. This was difficult to assume in the late 90s" said Naoufal LAHLOU. Armed with his experiences in France, he decided to return to Morocco in 2003 to join the “Public Market” department of PROMAMEC. As soon as he arrives, he draws up an inventory and mandates for this purpose a research firm to establish a strategic diagnosis. This first experience allowed him to know the functioning of the company, to approach the Moroccan market and to be aware of its specificities which were obviously different from the French market, for instance.

After a year spent in this service, Naoufal LAHLOU joined the department "Private Markets" much less complex to apprehend, but just as important for the activity of PROMAMEC. In this way, he spent a total of 3 years getting to know all the workings and becoming familiar with the structure before finally taking the reins in 2006. As such, he began to work on the development of strategic areas for the company. With a focus on medico-surgical consumables, PROMAMEC's new CEO wants to position the company as a major player in healthcare. To that end, the product range has been developed with the integration of hemodialysis which alone accounts for 40% of turnover, of radiology, cardiology, urology and pharmacy. The objective is to reach 500 million MAD of turnover in the next three years with the development of the export branch and the local production evaluation which currently represents only 20% of the activity. Today, the company is doing great with a turnover of 265 million MAD against only 50 million MAD, ten years ago, and Naoufal LAHLOU always quotes its acceptance within the group and the confidence of which his father, intransigent about quality and competence, testifies to him as the achievement of which he is proud the most. 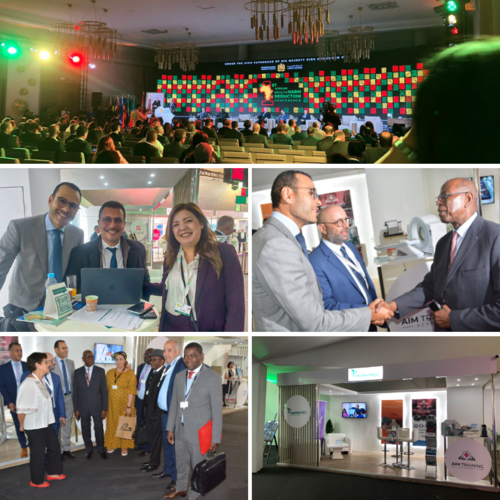 Promamec had the honor of participating in the 1st African Conference on Health Risk Reduction, as a platinum partner, which was held from November 17 to 19, 2022. The major theme of this first of its edition is to contribute for the improvement of patient care and health in general. 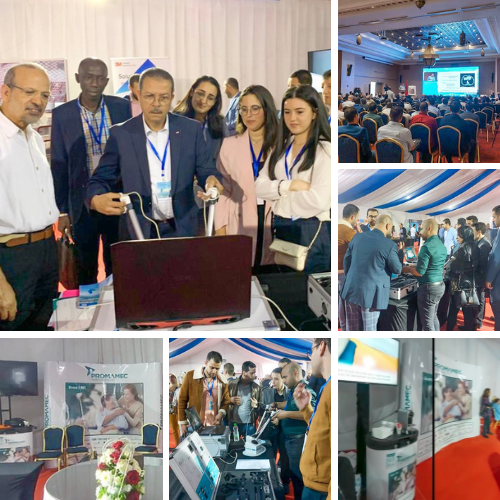 As every year, Promamec was present at the national congress of surgery, organized by the Moroccan Society of Surgery. The event was held this year from Novembre 02 to 06, 2022 at the Royal Tulip Hotel in Tanger. 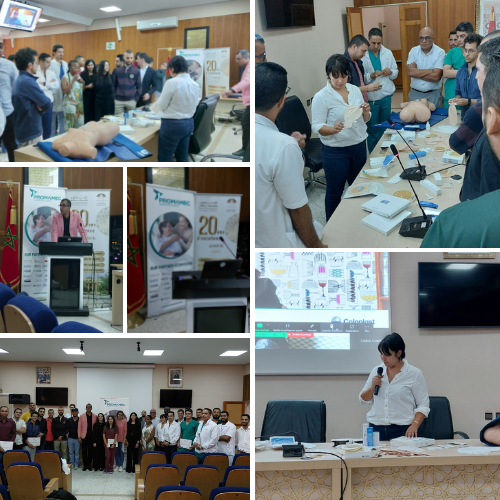 SCIENTIFIC DAY UNDER THEME: “ALL KNOW ABOUT OSTOMIES”